Out of sight, out of mind? Basin wide groundwater management policy is a must!

Listen to how the Colorado River basin is drying up fast. 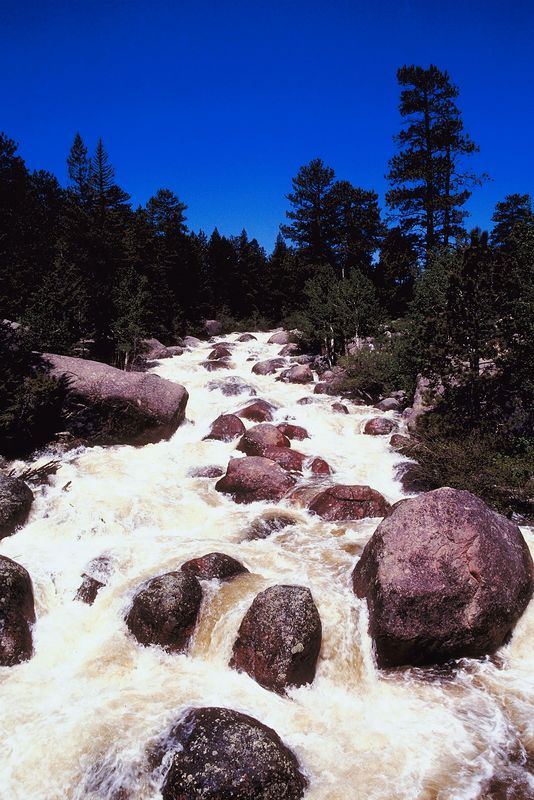 Another battle is brewing over water in the West that could put farmers against city and suburb dwellers.

A new study from NASA and the University of California at Irvine found an astonishing amount of the groundwater supply has simply disappeared from the Colorado River basin in just a decade.

MONTAGNE: The study used satellite data to measure water stored beneath the ground. Scientists say they’re shocked by what they found. Jay Famiglietti is a senior water scientist at NASA’s Jet Propulsion Lab and a professor at UC Irvine. He co-authored the study. Welcome to the program.

JAY FAMIGLIETTI: Thank you so much for having me.

MONTAGNE: I’d like to begin by having you paint us a picture of the Colorado River basin. In other words, exactly what does it encompass?

MONTAGNE: So when you say water, you’re talking rivers, lakes – things we can see – and groundwater, which we don’t see.

FAMIGLIETTI: That’s right. Actually most of the water that we have on Earth is stored underground, but we don’t see and so we don’t think about it that much. And in some cases, we don’t manage it very well.

MONTAGNE: So this groundwater, if we could see it – you know, if we had – you know, x-ray eyes – or what NASA has.

FAMIGLIETTI: If we could see it, it would really scare the pants off of us, and that is the massive rates of decline of our groundwater storage. I wish there were an analogous bath tempering, like we see with the falling water levels in Lake Mead, the nation’s largest reservoir. If we had that sort of visual for what’s happening underground, we’d have much greater awareness and much greater willingness to conserve it and better manage this really precious resource.

MONTAGNE: What did you discover with this data that you’ve analyzed over the last nine years?

FAMIGLIETTI: The Colorado River basin has lost two times the volume of Lake Mead – again that’s the nation’s biggest reservoir. So it’s a huge amount of water. And 75 percent of those losses were coming from groundwater.

FAMIGLIETTI: Yes. Yes, it is.

MONTAGNE: Why can’t this be replaced? Reservoirs are replaced. You know, lakes fill back up when they go down.

FAMIGLIETTI: First of all, it’s a huge amount of water. You know, we can’t squeeze from a stone if it’s not raining, it’s not raining. But the other thing is that because it’s underground, it takes a very long time, depending on the geology, and the soils and the rock types, for that water to trickle down to the aquifer. So it can take years to decades.

MONTAGNE: What then are we, those of at the West but we as a nation, looking at here? Farmers depend on this; cities depend on this all through the West – what exactly is going to happen here? A water war?

FAMIGLIETTI: Probably not a water war, but we’re talking about a huge hit to agriculture, to food security, to the economy – not just that just of the Western United States but the nation, and it will have ripple effects around the world.

MONTAGNE: That’s because of course, agriculture in the West is a huge part of both the Western economy and the U.S. economy.

FAMIGLIETTI: That’s right, you know, we took a trip to the Middle East last year and one of the biggest items that we saw in the local markets was California rice. This was in Jordan. So we have a global reach.

MONTAGNE: What effect will this have on cities? A lot of people – that’s where they live.

FAMIGLIETTI: Right, and so that’s an important point. The Colorado River basin supplies water to major metropolitan regions like Los Angeles, and San Diego, and Las Vegas and Phoenix. We’re talking about, in the very near future, the Colorado River basin not being able to meet its deliveries to the different states and the different cities. So if that happens, look at Southern California – if we suddenly lose 25 percent of our water supply – I have no idea what’s going to happen but I think that all hell is going to break loose.

MONTAGNE: One would hope there’s something that could be done to mitigate this.

MONTAGNE: Not – not able really to replace that water but what can be done that makes sense?

FAMIGLIETTI: Let’s admit that we rely on this groundwater very heavily, and when you look at a big basin like the Colorado River basin, we need a basin-wide groundwater management plan. We haven’t had to have these discussions before because the population hasn’t been as great, and the need for food production haven’t been what they are today. But that era of abundance is over.

MONTAGNE: Jay Famiglietti is senior water scientist at NASA’s Jet Propulsion Laboratory in Pasadena. Thank you very much for talking with us.

View all posts by Betsy Richert →